Poem: To Be A San Franciscan

My heroes are named Moscone, Mays, Montana, McCovey and Milk
I got a neighborhood I live in, another one I love in, and sometimes they’re even the same
I don’t know if my preferred coastline is the Pacific or The Bay
Just like I don’t know if my favorite bridge sparkles at night or shines gold during the day

I hate the goddamn fog, but then I miss it when it's gone
And I can’t decide a favorite MUNI line but it’s probably the N, L, M, T, K or J
I love the two weeks we get of summer, but soon find myself dreading the ensuing rain
No parking space means no car, so when it pours, I tend to take the train

I’ll take a four-dollar coffee in the morning or a dollar one with a Bob’s donut late at night
And I’m just as at home with a Michelin Star dinner or grease-plate from a truck
My favorite Italian joint isn’t in North Beach, but a few of them certainly can compete
The best taqueria is next to the one you like, it’s just a bit down the street

I cringe or laugh when I see the tourist families walking through the Tenderloin in their shorts
And I’ve never tried the stuff, but I could tell you where to score some highly dangerous drugs
I’ve had a boilermaker in a dive the same night as the sommelier poured me something rare with pride
I don’t smoke but I can smell if it’s the good hydroponic shit or the dirt-weed that grow outside

I’ll fight you if you come at me with that racist, homophobic, Nazi bullshit
That, or if you say there’s no good pizza here, which is also total bullshit
And I’m unreasonably annoyed by all these new bullshit jams
Just as annoyed by the totally bullshit new “traffic calming” plans

I like to walk on the Embarcadero where the old freeway once cast its shadow
I don’t have an earthquake kit in my apartment, but I mean to fix that this week, I swear
Please wake me only for a 5.5 or above, like when the Giants played the A’s
I can close my eyes and envision what this old city looked like shaken and then set ablaze

I like the view best from Russian hill, but also Twin Peaks, Bernal and Buena Vista
I prefer Club Level over the lower deck because I can see out into the water
And I miss the Stick and its awful wind which produced that special kind of cold
For my money it was the only place worth watching the magical Red and Gold

Tennessee Williams said it’s only here, Nola or New York that count as cities
Herb Caen said we San Franciscan’s have a “bond of self-satisfaction bordering on smugness”
Dashiell Hammett said most things here can be bought or taken, which is probably true
And though you’re a goddamn beautiful mess, San Francisco, I left my heart in you 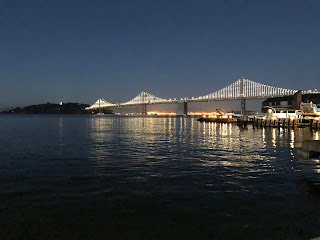 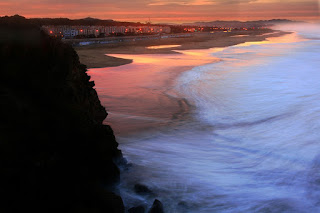 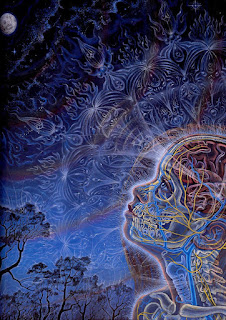